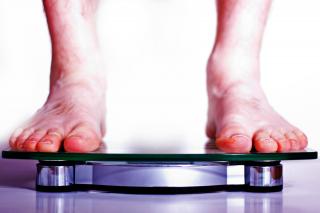 I agree strongly with the statement that many people living on our society are influenced by the media and the fashion industry. Such factors can be blamed for the increased number of people who are suffering from eating disorders. For example, fashion industries typically feature women whose figures vary from eight to ten.

It seems that the fashion industries are presenting an image of what an everyday woman should be. As a result, the average woman is forced to evaluate herself against such an unrealistic ideal. Most of these models have above average height, have naturally supple bodies and between sixteen to thirty years old. The image of these ideal women is mainly created and manipulated by a prevailing male homosexual industry, which seems reluctant to show women as curvaceous individuals.

Celebrities as well fall foul of such dominant media representation of women. Just like the case of Victoria Beckham when she gave birth of her first child. Not long after the birth, she was featured on a catwalk wearing the clothes of one of her favorite designers. Her slim figure after her pregnancy was praised. However, there was a speculation over her emaciated new look and she denied any talk of her eating disorder. She eventually confessed having this eating disorder after the birth of her son in her autobiography.

Most teenagers view people on Television and admire the image of a star. With unbalance hormones as well as self consciousness during the teenage growing period, teens are likely to be influenced by media. For instance, some people particularly women see anorexia as the quick fix to weight loss. It may begin as a way of losing weight rapidly and as the success of the disorder begins to dawn, it becomes a long-term obsession afterwards.

The two most likely groups to be influenced by the media are the teenage girls and middle aged women. Their lives are dictated to an extent by male desire. With magazine and sitcoms such as “Dawson’s Creek,” the young teenage girl is being told that being attractive will lead you to love, even if it involves heartbreak.

On the other hand, the pressure which has been placed on women by their husband, boyfriend and the media undoubtedly leads women to be more insecure about them physically. Women are then compelled to look good and the pressure is placed on them to maintain them.

With all the male pressure, the fashion industry, celebrities, magazines, the adverts put on more anxiety and manipulation by selling gadgets and products. In conclusion, I believe that society affects people and how they perceive themselves. Almost everybody somehow changes in order to suit someone or a specific society in some way or another.

This site uses Akismet to reduce spam. Learn how your comment data is processed.